The autumn statement from George Osborne announced a consultation on whether or not to extend Creative Industries tax relief and introduce an Orchestra Tax Relief.  See below for the existing creative industry relief arrangements. 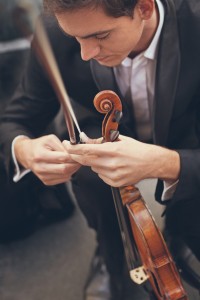 Who can get the Orchestra Tax Relief?

The Orchestra Tax Relief in common with the other Creative Industry reliefs is only for organisations subject to Corporation Tax.  Most established orchestras in the UK are registered charities.  Charities do not have to pay Corporation Tax so it is not likely to have any real impact on the orchestral world.  Any orchestras which are not charities should make sure they are involved in the consultation!

In addition to the proposed Orchestra Tax Relief, the Autumn Statement announced that a new tax relief would be available for children’s TV producers.  The BBC won’t benefit from this as it doesn’t pay Corporation Tax, but there are lots of independent TV companies who do pay Corporation Tax as Limited Companies and they have just become more competitive!  Large overseas companies could set up UK subsidiaries to take advantage of the 25% tax relief on qualifying expenditure.

The proposed Orchestra Tax Relief and the new Children’s TV Relief follow on the heels of these Corporation Tax Reliefs:

To qualify for the creative industry tax reliefs all films, television programmes, animations or video games must pass a ‘cultural test’ or qualify through an internationally agreed co-production treaty – certifying that the production is a ‘British film’, ‘British programme’ or ‘British video game’. In all cases, formal certification is required to qualify.  Further information is available at this link: Corporation Tax: creative industry tax reliefs

What about Theatre Tax Relief?

The GOV.UK site still has the following text for the Theatre Tax Relief: “Information about this relief will be available in autumn 2014.”.  It would have been better to have more details on the Theatre Tax Relief before announcing more new reliefs, but HMRC have released information to organisations such as the Society of London Theatre, UK Theatre and the Federation of Scottish Theatre.  Selected accountants also have material from HMRC with further details of the Theatre Tax Relief.  Alterledger is an accountancy firm specialising in the Creative Industries and has access to this information.

For more details of any of the Creative Industries Tax Reliefs or advice on forming a limited company to take advantage of Corporation Tax breaks, please contact Alterledger.

← Tax and accounts seminar for musicians