Who needs a growth mindset?

What is a growth mindset?

The concept of a growth mindset was brought to the public attention by Stanford psychologist Carol Dweck.  Her experience suggested that those who believed that their abilities could be developed outperformed those who believed they were fixed.  This might seem self-evident, but as shown below this has wider applications. 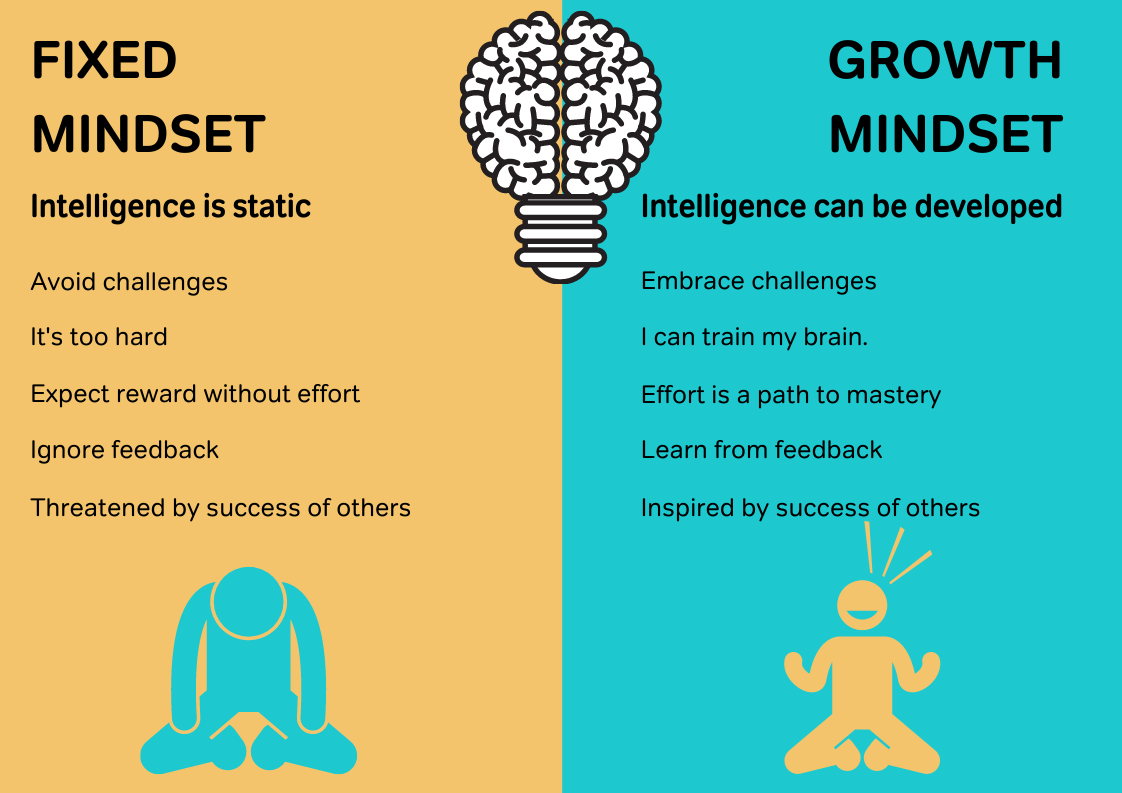 What are the features of a growth mindset?

The key idea behind a growth mindset is that intelligence and therefore ability can be developed.  This recognises that mastery and development requires effort.

Do we need a growth mindset all the time?

We are all a mixed of fixed and growth mindset.  Our mindset will change depending our mood, situation and the task we are doing.  A fixed mindset might have been the downfall of Kodak and Blockbuster – both famous examples of businesses that failed to move with the times.

What if I am happy with a fixed mindset?

A fixed mindset assumes that you live in a static environment and that you don’t need to exert any effort to achieve results.  As tasks are being automated and handed over to Artificial Intelligence (AI) fewer fixed mindset jobs will exist.

Aren’t all our jobs going to be taken by computers?

The world of work has changed significantly since the advent of computers.  Accountants used to have ledger clerks and human computers to add up columns of figures.  Most of the more mundane tasks are now done by machines and this makes human qualities more important.  This increases the need for a growth mindset.

Do we need to develop?

The last 12 months have confirmed that the future is uncertain.  If we just stick to the way we have always done things, we will be left behind.  The world is constantly throwing up new challenges and we need to adapt to change.  This creates an opportunity for accountants.  As ever more businesses adopt cloud accounting software from Xero they benefit from advances in AI.  However the need is greater for human interaction with an accountant who understands the real world of business.

Effort is a necessary but not sufficient condition for success and a growth mindset.  Criticism of the growth mindset points out that effort on its own is no guarantee of success.  Misplaced effort is detrimental to progress and diverts you from the path to development.  Resting on your laurels and complacency are the enemies of development – just ask Kodak!

Do you have a growth mindset?

If you have a growth mindset and want to let your career flourish why not check out the job vacancies at Alterledger.

Alterledger Ltd is licensed by the Chartered Institute of Management Accountants and registered with the Information Commissioners Office.